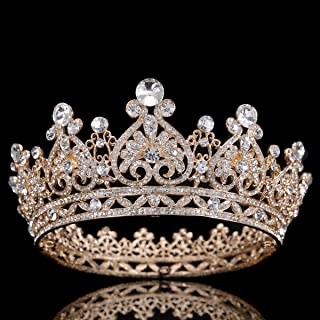 Queen Stacey is a single Dominant woman. I recently asked her about how men should approach a Domme to increase their chances of success, as well as her unique approach to Female Led Relationships and Female Domination.

Thank you to Queen Stacey for sharing her opinions and experiences.

How did you first discover you were interested in a Female Led Dynamic?

I have always been as I am. I have a dominant personality in everything I do. There was never a time in My life I wanted anything else. I have always either been single, with a stable or in a long-term relationship. I tied up my first boyfriend and edged him for hours. I was a little virgin, but I knew that was the way it was supposed to be.

How would you describe your own personal style of Female Domination?

I have never, ever considered My style. I like what I like. I have My own preferences, but I tend to like different things with different boys. It’s a dynamic that must be examined to find where interests overlap. I am low protocol.

For those not familiar with the term, can do describe “low protocol”?

Low protocol means I expect certain reactions to certain commands verbal or otherwise. I will drop a boy to his knees at any moment I choose for example.

What advice would you share for women exploring a FLR?

I’m probably not the best person to give advice because I have no experience in finding Myself. As I have stated, I have literally always been Me, even as a sexually developing teen. In My relationships I have always been in control. I have always simply expected it. Therefore, I don’t really have advice for a woman who is new to it, because I never was.

What qualities do you find attractive in submissive men?

I like alpha men; I just prefer them on their knees. My subs, and boyfriends too tend to appear very masculine. I like men I want to talk to, who have something to say. I have no patience for rudeness, not to Me or anyone else.

What should a submissive man do to impress you and stand out from the crowd?

Men very often reach out to Me with this same question, and honestly, I’m not sure. I can say polite conversation is important. Being able to keep up with Me is vital. I’m impressed more by an underlying spark, that is either there or it isn’t. I do have an interview process, and I joke that there is the written test, the interview, and the oral exam. It’s like sitting for the boards. If a man passes all three, I may accept him. I also may not.

I am currently single, which means I have multiple subs. I like to put men in boxes, like toys, and take them out and play with them at my discretion. I am their Domme, not their girlfriend. I play by My rules. If they don’t like it too bad. Now this is Me as a single woman. When I have been in a long-term relationship, it has been more FLR than anything else.

What should a submissive man do to keep you interested in the longer term?

Keep Me amused, and good luck with that.

A recent poll we ran on Tumblr suggests that many men have expressed their submissive feelings towards their partner, yet their partner has yet to fully grasp the reigns of the relationship and taken control. The FLR is stuck in limbo. Have you any suggestions for couples in this predicament?

Your interview process – What hoops do you put potential suitors through?

Again, the written test, generally a lengthy text conversation. Then we meet publicly and very vanilla. I have a direct conversation with them regarding limits etc. Then I agree to meet, and play. I am very careful not to dive headfirst into the deep end of things until I am completely comfortable. They must be brought to everything slowly. I am not going to ever be someone they talk about in therapy.

What advice would you give to sub men who are unsure about limits? Is it just a case of experimentation?

Declare them, soft and hard. Expect that sometimes they change. Be open about them.

I don’t bother teaching these things. If he can’t or won’t follow instructions, I’m done. My adult daughter said to Me not long ago, “remember what you told me when I was young? If he doesn’t eat pussy like it’s his last meal, kick him to the curb” I told her no, I didn’t remember, but it sounded like something I’d say.

That attitude always irritates Me

Talk to a real Domme, not a pro, not a fin.. not some chick in a costume. She is not here to get your rocks off. you serve, not the other way around.

Great advice. Where do his fetishes and desires figure in all of this, in comparison to serving? If it was just about serving sub men would all be working for the women’s shelter?

That’s where communication comes in. That’s where having overlapping kinks helps! I have lots of kinks, and lots of things I won’t do. Dommes have limits too. I use his wants, his needs to get Mine satisfied.

So when approaching a Domme is it best to wait until asked about “wants”?

This is why there’s an interview process.

Thanks again to Queen Stacey for sharing her opinions and experiences.