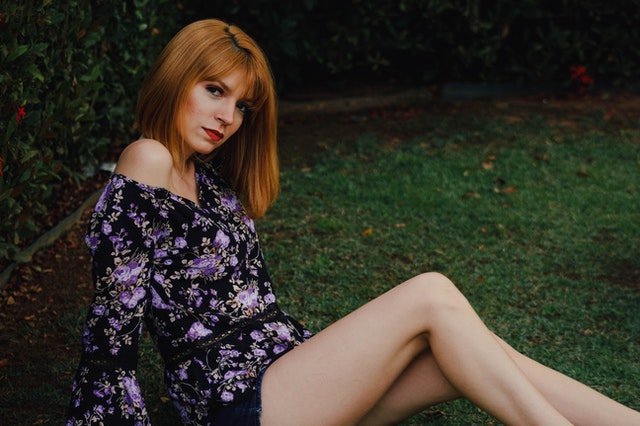 Q. How did you first discover you were interested in a Female Led Dynamic?

I have always liked being in charge in my relationships. I didn’t associate them as a Female Led dynamic, just the way I was. It was later on in the past few years with my husband and through the internet that we found a name for it and learnt some of the more fetish things that go with it. Which are fun.

Q. How did you discover your desire for feminisation?

I like to push boundaries and break social rules. I wanted my husband to wear some feminine articles to spice things up in bed. It took some courage to ask him. It escalated from there as I wanted to keep pushing on.

Q. What is the difference between encouraged and forced in the context of Feminisation?

For me, forced is the male fantasy game for which professional mistresses and websites exist to satisfy – usually in return for money. There’s no such thing as forced. Encouraged is what I do which is to persuade and encourage my husband to cross dress and be feminised. He sometimes requires some encouragement as some of my ideas might sound odd to the current social norm, so that’s encouraged. But he enjoys it too, so it’s not forced. He does need to be told still.

Q. What has been most useful in your education / learning of FLR?

The single thing that changed my education was my blog (www.ladyalexauk.com). I like writing so I started to blog about the new FLR/Feminisation lifestyle I was exploring with my husband. We used the internet to look for more about femdom etc. but much was male fantasy nonsense. So, I wrote a real-life version which is far from the fantasy. This led to connections with others and joining other sites such as Fetlife. Through Fetlife we met other couples like us who were normal, i.e., they practised FLR but otherwise lived normal lives. Some of them have become our friends. This then taught us more about FLR.

Q. There are men who want to serve and submit, and there are men that wish to simply cross-dress, then there are feminised men in a FLR. How do you differentiate between the three desires?

I think it’s more complex than those three desires. You can be in an FLR without a feminised man. I also enjoy the power differential between me dressed and my husband naked, exposed or in very feminine clothing.

From my experiences on my blog and with the friends I’ve made in the scene, it’s generally the man. In our case it was me and although I’m not unique in this, this seems to be less common.

There are so many benefits, in my opinion, to feminising a man. Everything from being more attractive to be more gentle and helpful.

Be honest about what you want from the beginning. All my friends and contacts who live an FLR/Feminization lifestyle, the man admitted they enjoyed being feminised/crossdressing early in the relationship. The reason my husband is feminised is that I was straight with him about what I wanted. It’s a tough one and could all go wrong but you need to do it.

The other point for the man is to understand that it’s not all about catering to his desire to swan around in a pretty dress and feel good. What’s in it for the lady? She’s not there just to fulfil your fantasy.

Q. What advice would you share for women exploring a FLR?

The same as above. Be honest about what you want. Also, both parties need to understand that the mistress/fetish site thing is fantasy, and this is a real relationship even if you only do it behind closed doors (as we do) or occasionally. A real FLR is like a normal relationship with care and affection, bills to pay and family and friends but with FLR added in as a layer over it.

Q. What qualities do you find attractive in submissive men?

I find men attractive who are independent of thought, have a good education and keep themselves healthy and fit. Men who are able to be comfortable intellectually and physiologically in an FLR and to appreciate the benefits to them and me in an FLR. I do not want to be asked what to do every five minutes by a pathetic submissive. I do want to be shown respect and my desires and wishes looked after because the man enjoys this and wants to see me happy too. Someone who enjoys the disparity in all aspects of the relationship but not because they are a submissive person but because this is what we both enjoy.

Besides, a submissive man is too easy. That’s boring. What’s the fun in that?

Q. Could you share a little of your dynamic, the life you have built with your husband?

The FLR dynamic we have created is quite similar to others we’ve met in the ‘scene’ and nothing like the internet fantasies.

Other than the FLR and feminisation element, we do live very normal lives. An important point is to state that our FLR / husband feminisation, is not public. At our ages, it would probably be too much for our families and friends to take in. The world has moved on and if we were much younger, I think it would have been easier. and I’d want our FRL / feminisation to be public.

That said, my preference even so would be to be more public, and I have broached this idea gently several times with my husband. I would like him to live as a female by outer appearances full time. He does not want to go public. Since this is a consensual relationship, I respect that and live with it. We do share our lifestyle with others like us and when we are alone at home.

That said, I no longer use my husband’s male name or male gender although in public I revert to dear or darling. Otherwise, I will call her Alice or more often girl or girly. I also use princess or petal or flower or other feminine names. I do this outside the home too although not directly in front of others. In conversations in the street of coffee shops or shops yes. She refers to me as Mistress Alexa or Madam.

We enjoy the disparity in levels in the relationship and the naming helps that. This applies to clothing too. At home I’ll wear normal female clothing, including trousers if I wish. Alice is not permitted male clothing at home or even female trousers and uses more feminine and revealing clothing, such as pretty miniskirts or short summer dresses. The more girly the better. I also ask her to be naked or exposed at home when the weather permits it. I like this too as it’s a great power play for me. I like that.

Alice makes the tea and coffee at home and makes and clears the table at mealtimes. She will curtsey when serving me anything. This doesn’t mean she is my slave and I also cook and clean too as we both have jobs and that’s only fair. But I am in charge of things. For example, I might decide to do the washing, but I’ll instruct Alice on her task, maybe dusting or ironing. I do spank my husband but never that hard. It’s more of a way of showing displeasure and control. We’re not into pain. Sometimes it is a light tap on her face other times on her bum. If she’s naked, I will also slap her not-so-privates. These are all really no more than little taps for small disappointments and not BDSM. They will be accompanied by telling her she’s a bad girl or something similar.

Finally, I can’t deny that our lifestyle has a strong frisson of sexual excitement about it. I get off on the power and Alice on the humiliation and submission. This keeps things fresh, and I love to think up new humiliations for her. That said, my husband is not what would be thought about as submissive and externally it would be a surprise to many. I think no one would be surprised at me.

Thank you to Lady Alexa for sharing her views, learn more at HTTP://ladyalexaflr.tumblr.com or www.ladyalexauk.com.