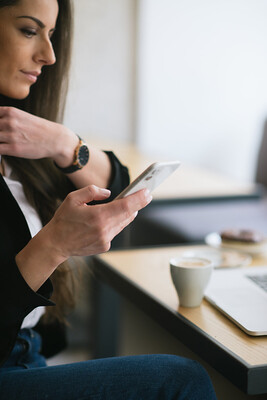 In sexual parlance, the woman sleeps with another man, and cuckolds her husband.

Cuckolding is not a female-led activity, many couples outside of Female Led relationships enjoy this dynamic. But it is a technique often discussed in Female Led circles to empower the woman and emasculate the submissive husband.

It represents female freedom and the shattering of societal norms. As with all topics on this site, it’s a case of ‘each to their own’. Some women will be mortified by this sort of dynamic, some will be absolutely thrilled at the power and freedom it represents. What is important is the woman’s getting her needs met as a priority.

Similar to cuckolding are the concepts of poly households, whereby the Dominant woman chooses to partner or live with several different submissives. There is also the concept of one-sided open relationships (Such as the case with Will Smith and Jada Pinkett Smith) whereby it’s decided that the woman is free to pursue other encounters or relationships, but the man is faithful.

It’s important to note that there are many nuances to the cuckolding fetish, including the submissive man’s active participation or preparation of dates for his wife and so on, but it does not have to be the case. The man might be fully accepting of his wife’s power to sleep with other men but have no part in it. For example, a woman might travel for business, and might choose to explore sexual encounters or relationships in other cities. Before returning to the safety and security of a relationship with her husband at home.

From the woman’s perspective, she’s getting her cake and eating it. She has the freedom to explore her sexual desires and to get her needs met and go on adventures. Yet she also has the safety and security of the loving relationship and the solidarity of a supportive partner. A submissive man who not only supports her sexual adventures but is ready at home waiting with dinner on the table with a cocktail and foot massage on her return home.

Meanwhile a service oriented submissive man will be pleased to put his partners pleasure and happiness before his own. He won’t mind her extra-marital activity because he has confidence that she will return home to him, he is owned by her and he will be allowed the privilege to continue to serve her. Her satisfaction comes first.

Cuckolding a man is a power trip, and many women will pursue this dynamic as a means of dominating and humiliating their husband. She may decide that her husband is good husband material, but feels she needs something a little extra that her husband can’t provide – her husband can cook, clean, provide and is good at worship, but maybe her husband doesn’t have much staying power? Maybe he is inadequate? Maybe she wants more than just his tongue once in a while.

Maybe she prefers him in chastity, he’s well trained, docile and obedient, why would she wan’t to upset this delightful servile man by having sex with him when she can discreetly take another lover when she pleases?

Any couple exploring this dynamic should tread with caution. It seems that many more talk about cuckoldry than who actually do it. The threat that your partner might do it, or has the freedom to do so, is often enough. It keeps a man on his toes and the power with the woman, the way it should be. Tread carefully, talk to each other about your feelings and enjoy this most thrilling of dynamics.

After a Dominant woman has been with another man apart from her husband, the couple should openly share their feelings and talk freely. The woman shouldn’t be made to feel any form of guilt or embarrassment. Her freedom and her needs come first. Similarly the man might need assurance that he is still able to serve his wife, he might be worried his wife will wander permanently.

A good ritual to embrace these fears is to bond with each other after the man has been cuckolded – he can kneel and worship his wife, express his love, emphasising how lucky he is to be owned by her. He needs to demonstrate how supportive he is of being cuckolded and how happy he is that his wife is sexually liberated.