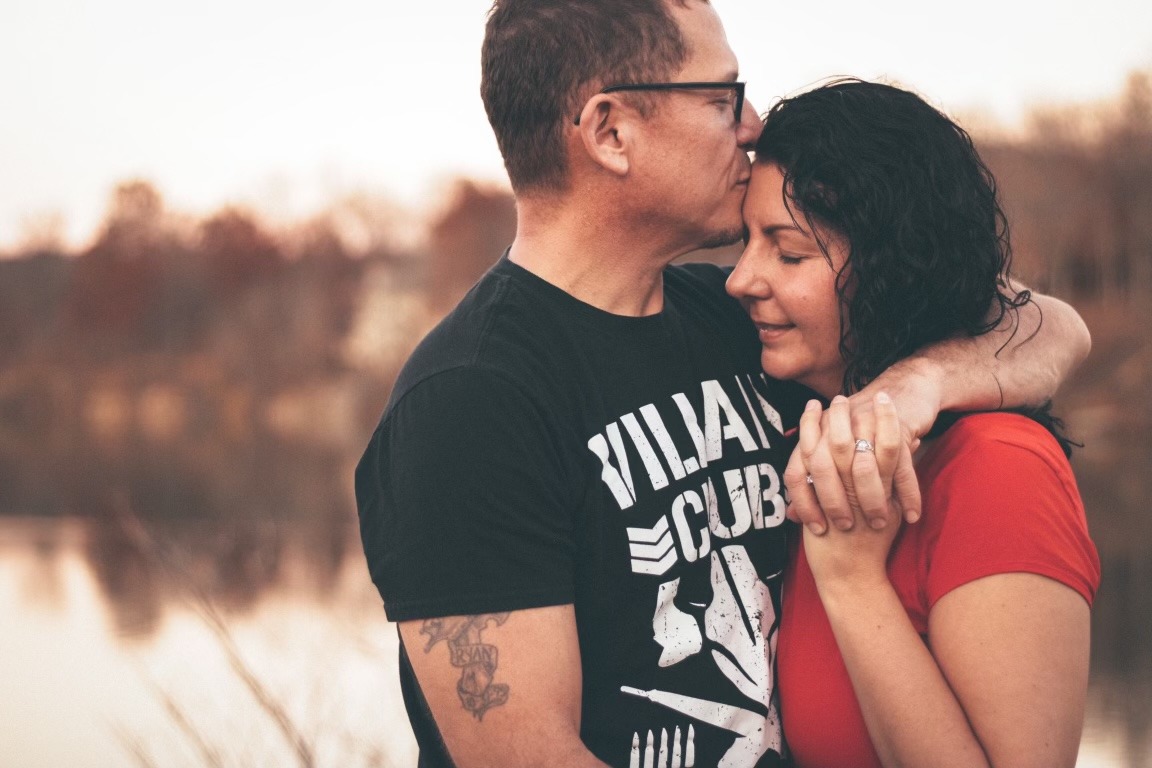 Thank you to Mistress and Tyler for sharing intimate details about their Female Led Relationship dynamic.

It all started when Tyler admitted to his wife that he had self control issues, then asked his wife if she would consider a Female Led Relationship.

Here, Mistress tells us about their dynamic:

Q. It seems your dynamic started via your partner pleading for help. Can you describe how you felt when he first expressed his desire for your control?

At first I was nervous because it was something new to our relationship, And I was told all my life if I acted bossy and demanding I would never find a man to love. This was a very delicate process and situation because of all his past traumas in his youth. So I didn’t want to overly react either way too much and cause him to push away. So I let him explain and I proceeded to process it all with caution.

Q. Did you have any inklings towards Dominance before his confession?

Yes I am a natural at being in control and being bossy. I have found that in any group situations or employment I have had, I naturally became the leader after a very short period of time. But in our relationship, I was always nervous because of his past.

Time & Place is crucial!! It really is important to be honest but also have it built up too. Meaning, start opening up conversations with her about yourself and thoughts. Make sure you are committed to being loyal to this change before saying it to her, be careful what you wish for!

Q. What has been most useful in your education / learning about Female Led Relationships?

I have tried a few books, websites and podcasts. Some were ok but not many. Mainly because each relationship is different and what works for us may not work for you. However I believe open communication with my sub about limits and how it fits in our relationship and our daily routines is paramount.

Q. Chastity and punishment seem to be key pillars in your relationship, for those new to this topic, how do these elements work and how do they benefit you?

Chastity helps bring focus back to us. And with chastity being mandated at all times. It reinforced the reminder that although something is attached to his body, it no longer belongs to him. Had he been able to make better judgements all those years he had control, then we wouldn’t have come to this situation in the first place. ( I am glad it has turned out this way however) and wouldn’t want it any other way. But it is ownership over his sacred body part. It shows commitment to our values and lifestyle. Punishments enforces boundaries/ Rules set forth in our ever evolving relationship and lifestyle. It assures him that all things and behavior’s matter.

Q. How does his behaviour change after a prolonged period of chastity?

The longer he is in chastity, the more serving, attentive, understanding, loving and committed to my needs above all else. And as he is more focused on me he becomes, the more I give him attention. Plus he gets into a space where he stops worrying about his needs and really becomes very super submissive.

Q. One of your tumblr pictures (https://locked-in-love.tumblr.com/post/627098363177943040/sometimes-a-reminder-is-necessary) features your man kneeling behind you, reminding him of his position in the relationship. Can you expand on this scenario and what it means to you both?

That picture I took was after a post sexual release for him. Unfortunately he is a very difficult person, post sexual gratification. It is something I believe most men deal with. They become unruly and sassy almost. Or at least he does. He was wanting to go for a run, yet his chores were not finished, he was talking with a little ego that bubbled up. So after dealing with the issue. I had him drop to the ground. And I decided to have him see where he stands in this relationship. And where his thoughts and unruly behavior post release gets him.

Q. Your man seems to have a thing for feet, How have you used his fetish to your advantage?

Yes this is something a friend of mine told me as we first started dating, and I never knew to what extent it was with him. I use them to arouse him , then deny him as I watch him become obsessed with them. It is asserting control over him and showing him his place at the same time.

Q. What advice would you share for women exploring a Female Led Relationship?

The importance of being open & honest with your partner is so important, I know it sounds cliché. But it really is! Have fun with it, life outside your home is so difficult, this is something you two share as a couple. It is what makes you fulfilled. Don’t shy away from letting yourself try different things that each other likes or want to try. It’s exploring what works and potentially what can take your relationship from 1 to 100 miles per hour in one moment. Also what you see in so many different places like tumblr, Twitter or Fetlife is not how it has to be, and much of it is just over blown to appear to appeal to men for whatever reason. It is about us Women and our needs. Take things at your pace not his or anyone else telling you any different.

Thanks again for Mistress and Tyler for sharing their happy marriage and Female Led Relationship with us. Follow their blog over at https://locked-in-love.tumblr.com/